The next stage of India's digital journey

Sanjay joined BT Media and Broadcast at New Delhi in November 2003 with the mandate to build the M&B’s business in rapidly changing market dynamics. The task was not only to build the business from scratch but also build the customer confidence in the region on BTs Media and Broadcast Portfolio. Sanjay leads the team of highly skilled sales professionals in the region to help his media customers grow their business across the globe.

Five years ago, history was being made at the 2015 Cricket World Cup. The group match between India and Pakistan in Adelaide played on 15 February 2015 was enjoyed by an estimated 1 billion people worldwide. It boasted many technical delivery ‘firsts’, including being the first ever live broadcast of a cricket match in 4K beamed to television audiences in India. And it didn’t stop there. Throughout the whole tournament, all of India’s matches and the final between the co-hosts, Australia and New Zealand, were also broadcast in stunning 4K. This was a matter of immense pride for me to personally lead the project from conception to execution to deliver a flawless show. Having Indian heritage, there was also a sense of patriotism to see that India was willing to set the bar high in the global media industry - cementing its position as a key growth market.

In the intervening years, we’ve continued to make huge strides in India, with almost a 365-day live events calendar showing domestic and international sports, including the launch of multiple sports leagues for kabaddi, football, badminton and hockey. This is incredible when only a few years ago India was seen predominantly as a single sport cricket nation, but now are genuinely showing a diverse portfolio of sports content, all while investing in next-generation technology to improve the viewing experience.

Fast-forward to the start of 2020 and we’re suddenly faced with a major bump in the road. The coronavirus pandemic is having a huge impact on the industry, with all major live sporting events including the 2020 Tokyo Olympics being postponed. Although this is an anxious time for everyone, it’s also challenging us all to think and behave differently, and we’re seeing some really interesting developments. Companies are collaborating more; finding new remote ways of working and getting more creative with the type of content they produce. It’s now more important than ever before that we have reliable network connectivity to work efficiently from home and send footage to wherever it may need to go. I truly believe that when we come out of this, we’ll come out stronger, connecting more with our colleagues and partners, and with consumers enjoying a greater variety of sports content and going to more events.

In India, the greater volume and accessibility to higher quality content has increased the appetite for consumption of sports, with growing professional leagues and players representing different parts of the country. While most of the innovations are done for cricket, as this is currently the biggest revenue generating sport for broadcasters, it’s clear to me that the Indian broadcast industry are keeping up to speed with western markets by adopting the newest technologies. Every innovation, whether that be decision review systems, 360-degree camera viewing, or even just broadcasting in regional Indian language, all contribute to the total entertainment value for Indian content. This gives consumers the opportunity to embrace more sports as part of their culture, which previously wouldn’t have been a possibility.

BT has always been at the forefront of innovation, working together with the leading broadcasters in the region. Be it the first 4K live cricket transmission from Australia, the recent New Zealand-India Men’s cricket, delivering more than 100 linear TV channels from India to global audiences, or getting live Wimbledon Championship feeds from the venue to viewers on the other side of the world. And at IBC 2019, I watched in awe as we delivered one the world’s first 8K live sports broadcasts and the highest ever specification English Premier League match in UHD, HDR and Dolby Atmos. This was a perfect demonstration of what we’re capable of as a team and I’m so excited to get back into bringing these monumental viewing experiences to Indian audiences in the future. The Indian market has always been a major part of our global media strategy, and we’ll continue to focus and invest in this region by working with the industry to take it through the next stage of its digital journey. 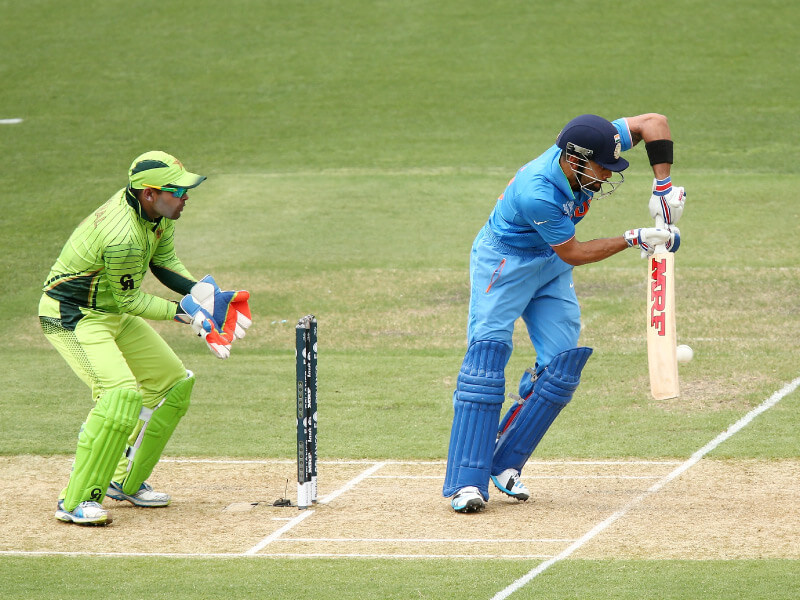 2015 Cricket World Cup match between India and Pakistan in Adelaide