Plugging the skills gap in broadcasting

I am delighted to be launching a series of industry insights and updates by BT Media and Broadcast. BT has been at the forefront of innovation for decades, enabling some of the biggest and most exciting media organisations in the UK and internationally. Over the coming months and years, we will have key thought leaders and industry experts share our views on both challenges and opportunities facing our industry today. As you read, if there is anything you would like to hear about do let us know.

John Ellerton leads BT Media & Broadcast’s future thinking in broadcast and media services, which includes next-generation networks and cloud-based production services as well as 5G. John is an active participant in the work of the Digital Production Partnership and leads BT’s membership of the Society of Motion Picture and Television Engineers. Here, he reflects on the current state of the industry and what we’re doing to tackle the skills gap.

'Tis the season of broadcasting conferences! Since IBC and in the run up to Christmas, I have been to the SMPTE Annual Technical Conference, the DPP Tech Leaders' briefing and the SVG Future SPORT event in rapid succession. Each conference presents a different angle on our industry but there are many common themes. Most interestingly, technologies that were considered to be disruptive and upcoming just 3 years ago are now beginning to be widely used across the industry and people are talking about real use-cases where they have added business value rather than just being exciting for technology's sake.

AI and Machine Learning are successfully being used to automatically generate metadata, making content libraries much more valuable. Broadcast hardware is being replaced with software on processors and FPGAs, and in turn software is becoming virtualised in cloud and data centres enabling efficient reuse.  And the first of the major studio complexes around the world built using SMPTE 2110 standards are now entering service, their end-to-end IP architecture enabling them to be more sustainable as well as more flexible.

But underlying all this is a noticeable shift in skills and knowledge. One of the most striking quotes for me from the SVG conference came from Ross Kemp at the BBC.  When asked the perennial question about whether it's better to train a broadcast engineer in the ways of IT or take an IT engineer and train them in broadcast, said that for the first time he now thinks it's better to start with IT.  And I think this is emblematic of where we're at as an industry. We're now entirely dependent on IT engineering to be competitive, and it's clear we've got a big skills gap.

Content may be king, but our ability to get the right content to consumers at the right price-point and on the right devices is the key to success and we need to make sure we attract and train the brightest talent from across society to ensure we thrive.  We have a lot of work to do to fix this.  The DPP event talked a lot about diversity and inclusion, featuring the excellent work of Rise encouraging women in broadcast. And the new Rise-Up initiative is a great example of how the broadcast industry can inspire children to consider a career in engineering.

One solution to this skills gap is apprenticeships. BT has one of the UK's biggest graduate and apprentice schemes. BT M&B have the privilege of a number of apprentices that have joined in the recent period. Studying Digital & Technology Solutions at Ravensbourne whilst working full-time in BT's Media and Broadcast division; their degree course is deliberately not broadcast-specific because it is clear IT and networking skills are the future. But they're contributing in significant ways to our business, working on broadcast platform development and having a great time whilst they're at it. And we’re enjoying introducing them to our exciting industry and encouraging them to network as they attend broadcast conferences with us. So next time you bump into a BT M&B apprentice at an industry event, do say hi and encourage them - they're part of our industry's future. 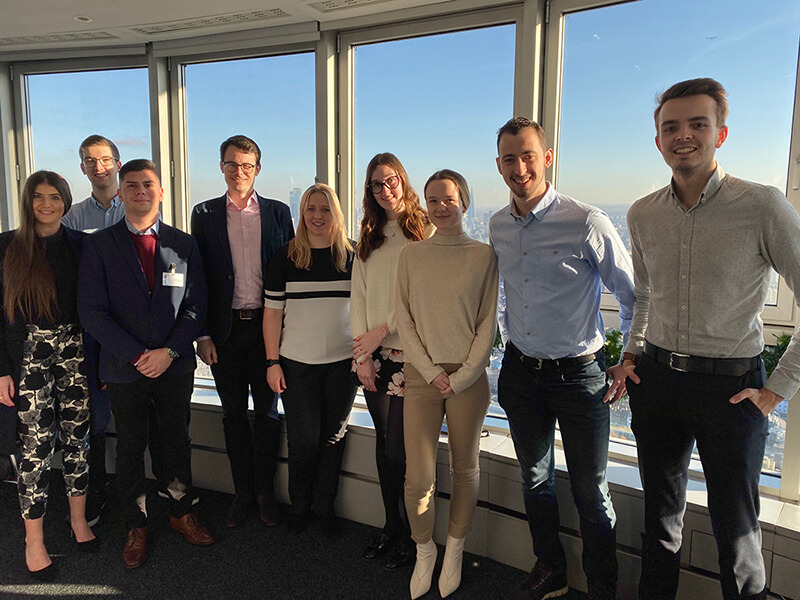